If you know me at all or have read my blog, you will know that I love movies! I’ve been known to wait in line in the freezing cold or pouring rain for movie premieres and braved teen-girl scream-filled audiences to see late-night openings of certain features. Movies, to me, are like visual storybooks. I love seeing the worlds of a book or from the mind come alive, seeing imagination exploding in vibrant colours and creatures in front of me.
I do have a handful of movies I absolutely do not like. Just ask me and I will gladly let you know what to avoid. Yet, more often I find some good qualities in most films.

In the past I have written a few movie reviews and even review movie music. (find those posts here >>)

I’ve see a few movies over the past months and quickly jotted down my thoughts and ratings for most of them.
Here they are, Reviews from January to June: 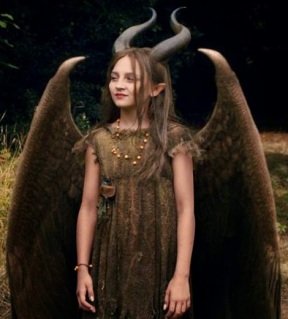 Maleficent – 4/5 Stars – A Disney remake/flip telling the “real” story behind the classic Sleeping Beauty tale. I quite enjoyed this expanded Disney universe and the backstory behind the jilted fairy villain. The world was imaginative, the creatures compelling with some new ideas and some seemingly a mix of Peter Jackson/Tolkein visualizations. The story was ok, I would have liked even more backstory to Maleficent and her parents, etc. I also found the greed-motivation behind King Stefan to have been poorly shown. Why was he so amazing and loving with Mal and yet we never saw a hint of his ambitions or greed other than one short statement as a child? Ah well. All told, I liked that we were shown a heart behind the villain and we discovered the reason behind her rage and vindictiveness. (Side note, I loved the flying dragony-elephant creatures! So neat! And her wings! Awesome!)

The Fault in Our Stars – 5/5 Stars – I usually don’t like reading or watching such emotionally draining books or films, however, this film (and I’m sure the book, once I read it) is brilliantly written and acted. We are taken on a journey of a teenager who is terminally ill with cancer and see her viewpoint and her reactions to the medical, therapy and familiar relationships around her. I was sure I was in for an overly, sugary sweet or cheesy film, akin to a Sparks novel on ramped up Skittles, but I was pleasantly surprised and warmed by the sweet but smart love story involved. There were times when audible, heart-wrenching sobs were heard in the theatre behind me as I tried to pretend I, too, wasn’t silently bawling my eyes out. A good cry movie!

X-Men: Days of Future Past – 4/5 Stars – Like the current Star Trek films, this new topsy-turvy, time-travely comic book movie is a reboot to the whole Marvel X-Men franchise. Anyone who hasn’t seen all of the previous X-Men films may be slightly confused and need some explanations afterwards (not during!) but those who know this world should be pleased with the characters and storyline. Yes, ok, the film differs somewhat from the actual comic book storyline (ie. switching Wolverine for Kitty etc), however the plot moves us along at a smart pace, telling us how their universe has ended up with smart machines hunting down mutants and how going back in time can possibly stop these events from occurring. Every time travel movie I’ve ever seen tried super hard to explain what and why and how they can change the past, X-Men: Days tries just as hard, while leaving many loopholes open for us sticklers to wonder about. (le sigh) Ok, anyhow, the cool bits – even if we don’t know some of these neat characters names we can see their awesome powers with very cool visual effects, the mutant hunting machine are quite neat, Jennifer Lawrence as the young Mystique kicks butt and her roundhouse kicking blue feet take names!! There was just enough dry, witty humour to satisfy me and though not loads of action, enough for me to feel the tension. PS – Peter Dinklage can do no wrong! Love that guy! PPS – James McAvoy can read my mind any day! PPPS – Best scene: Pentagon kitchen with Quicksilver and “Time in a Bottle” song!!

The Grand Seduction – 5/5 Stars – Initial reaction: Sweet, cute, smart, funny, loveable, typical “lying is never the best answer but sometimes it is” storyline. A small town (think 150 people!) has lost its’ drive, ambition and purpose with residents out of work and on welfare. To attract a sizeable factory bid they must hire a full-time resident doctor on at least a 5-year contract for the bid to even be entertained. This leads us to a folly-filled, East Coast fish & boat humour filled romp of lies, lies and more covering up lies. There is references to drugs, beer, hockey & cricket, boats, fake fishing, “machines” and really bad interior decorating. Really, this film is good (99%) clean fun with excellent writing, a great cast and gorgeous locations! A Canadian must-see!

The Other Woman – 1/5 Stars – Truly a sad attempt at distraction entertainment and lame humour. Mistresses unite in revenge over their player-cheat of a man. Even for comedy it was distasteful. The ONLY redeeming scene which wasn’t even that amazing was the spunky actress Leslie Mann trying to get into a car after drinking too much. Physical comedy hoopla. That’s about it. Oh, and a Great Dane pooping in a pristine white living room. Deserved it. Bleh.

The Grand Budapest Hotel – 5/5 Stars – one of the best films I’ve seen in a while. If you are familiar with any former Wes Anderson films (and you like them) this is an excellently and eccentrically told story! Like some of my favourites, The Royal Tenenbaums & Moonrise Kingdom, we are immersed in a plausible yet ficticious world with amazing characters having detailed, interesting and quirky lives. We learn the backstory of a hotel and its’ mysterious current owner who began as a humble lobby boy. The acting is suburb, the tangents are applaudable and the oddities amazing! From names, to foods, to clothing and art, this film and its’ wild inhabitants are so fetching and interesting that I need to see it  again to catch all the tiny details I may have missed the first time. The cast, as usual, is bursting at the seams with big names and familiar faces. If you only like big blockbusters or gooey romance, this is not for you. But if you like fun, detailed, mind-twisting intricate stories, watch this several times!

Divergent – 4/5 Stars (mainly because I enjoy the book brought to life) – Based on the book by the same title, this movie immerses us into some sort of post-war US within a walled city only able to function through the use of “factions” that you are born into. There is however a choice at age 16 if you wish to leave your faction and entire family behind. This story follows Beatrice who has never felt at home in her selfless faction and yearns for the dangers and risks taken in another. As her story unfolds, we also see the walls of the leadership and governing bodies crumble as corruption and power pollute their “perfect” society. We also learn that for some reason “Tris” (weirdest nickname from a real name ever award) is different than almost everyone in that she could be suited for more than just one faction, a threat to the way of life and hunted out as a “divergent” in their system. Yes, there is also a bit of a love story, bullies, combat training, and the most dangerous but most amazing zip-line ever!! A pretty good novel adaptation, although a few of the alterations I found unnecessary – a certain death that is barely mentioned in the book is ridiculously acted, a few of the character were totally skipped or not included much, and a few characters looked too similar and I had a few moments of confusion as to who was who. The world is well done, with costuming, colours and setting. Casting was also pretty close to what I expected, and although I would not have cast Shailene Woodley as Tris for looks alone, she does bring the character to life. Theo James as Four – excellent choice!! I’m eager to see the second and third books brought to life in the upcoming years. 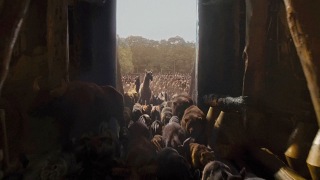 Noah – 1/5 Stars – I caught this movie as it replayed in our local IMAX theatre. Whether you are Christian or not…it’s a waste of time and money!! I only wanted to see it so I could discuss it with anyone else. The ONLY interesting bits I found were seeing all the animals, birds, bugs etc making their way onto the Ark and how they dealt with keeping all the critters stowed away for so long. Seriously…that was the ONLY thing I liked. The plot was ridiculous, the setting unrealistic, the costuming looked like they came right from an Urban Outfitters winter catalog, & the cast looked good but were given drivel to act. Probably about 97% of the story was untrue/non-Biblical. I found myself scoffing and rolling my eyes about every 10 seconds at some poor choice of dialogue or plot point. Rock-covered angels? Really? They felt like a cross between a Transformer and a Fraggle Rock Muppet!! A villian makes it onto the Ark? Really? Possible stabbing a baby in the eye? Really?? I won’t even begin to pick apart all the crazy, weird choices they made. Don’t waste a moment on this piece of garbage. Seriously.

The LEGO Movie – 4/5 Stars – Everything truly WAS awesome is this silly-fun movie! Great voice cast, crazy animation, detailed worlds and sets and scenes, witty humour for kids and adults alike, not too scary villains. I loved the cross-over between the real world and the LEGO world with the father-son interaction. Super Awesome!! (Unicorn Kitten and her world…the best!) So much detail…I need another viewing, or three! 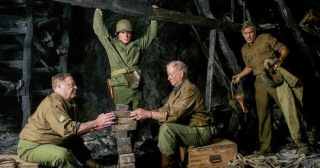 Monuments Men – 5/5 Stars – WW2 team of scholarly/older soldiers sent to Europe to try and rescue as many of our culturally significant works of art as possible before the Nazi steal or destroy them for ever. Amazing cast and excellent, non-typical untold story about WW2. For some reason I am always eager to learn more about WW1 or WW2 and this story even involved many of the works of art that I’ve studied in the past. Extremely well-done, informative and action-packed film!

Jack Ryan: Shadow Recuit – 4/5 Stars – Another reboot, this time of our beloved Jack Ryan analyst/spy made famous first by Alec Baldwin in Hunt for Red October, then by Harrison Ford in subsequent films. (Another remake, Sum of all Fears, also included Ben Affleck but that wasn’t as successful in my opinion.) Chris Pine is the go-to action guy in Hollywood right now and a new Jack Ryan movie seems to suit him perfectly. Action-running-chasing-fighting-packed with intrigue and lies abounding, Shadow fits the bill for a new take on our favourite non-spy spy. Pine played Ryan well, along with Kenneth Branaugh as the Russian heavy. I’m not a huge Keira Knightly fan, but I didn’t mind her in this role. There were a few far-fetched moments and almost eye-rolling stunts but all fit this world well and were mostly plausible for the characters involved.